In her PhD Justice is Healing: An Indigenous Approach to Sexual Trauma, Valerie describes three main roles in violence: victim, offender, and bystander. In my view, it is vital for us to look at where we play these roles in various aspects of our life, with special attention given to looking at how these energies manifest internally. Internal versions of these energies may manifest in concert with each other, for examples as our psyche offends against itself in its own presence as a bystander.

These roles are also evident across social strata, where whole groups of people play different roles, internally and externally, resulting in cultural forms of violence like oppression, domination, submissiveness, and lateral-violence, which is when an oppressed group turns against itself.

This blog came together by thinking about what we can learn from looking at victim-offender-bystander triad on an individual or small group level that might be useful for some of the larger and more intractable societal and cultural issues.

Through lived experience I am deeply familiar with the dynamics of schoolyard bullying so I chose this the small group context to explore. In this case the victim/offender/bystander triad are a substrate — kind of like building blocks but without defined boundaries — from which the archetypical personas emerge.

The archetypes are as follows:

This is the person with the most social power, both within their group and across groups. The Ringleader commonly lacks classic “excuses” for their behaviour, and usually comes from a relatively “good” and “stable” home. They often evade punishment if teachers don’t go for a full root and branch investigation of bullying, as they are masters at having others do the dirty work. They are primarily driven by a deep-seated greed for power and control, their inner victim being the delusion that this brings fulfilling or lasting joy to life. (Image from here.)

The Casual Bully has a fairly safe (on the surface!) social existence that enables them to live above the fray most of the time. They’ll participate in the bullying sporadically, usually on those more “zero sum” occasions when to not do so would be testament to supporting the victim. They are usually friends with the Ringleader and have a fear driven desire to remain that way, as it makes them “cool”.  Their inner world is similar to the Ringleader, but for whatever reason they are not as desirous for that level of power, or don’t posses the social skills to get it.

Similar to the Casual Bully but they aren’t necessarily friends with the Ringleader, or anywhere near as greedy. They are content with a degree of social safety that puts them above the fray, and will stand back almost all of the time. They’ll seldom harass the victims overtly, but may do so in more subtle and insidious ways when it suits them. They won’t support victims (which of course contributes to the victim’s sense of isolation) because this would risk their social standing.

Their inner world can be highly varied, possessing varying degrees of envy of Ringleaders, contempt for Bully Victims, and perhaps even some shame at their own passive support of the social hierarchy.

Henchmen are critical to the Ringleader’s power. They are often recognisably disadvantaged. Maybe they came from a struggling home and wear tattered clothing, or maybe they are a bit overweight or have acne. The Henchman will receive an almost constant mild, though carefully executed, stream of bullying from Ringleaders and Casual Bullies. The “carefully executed” part is because a good Henchman will usually posses a weapon even the Ringleader wants to avoid. Maybe they are big and capable of violence, or maybe they just generally have a crazy streak to them that needs careful taming.

The Henchmen are the bane of any true bullying victim’s life, dishing out most of the torment at the behest or with the support of the Ringleader. They are often quite dissociated emotionally and act without shame, which is both part of their resilience, and what makes them very dangerous.

Sometimes there is a sense of the Ringleader archetype being totally absent, leaving a hierarchy of Henchmen, where you might have a chief Henchman acting as a Ringleader of sorts. In this case you might think of the true Ringleader being forces outside the school. (Image from here.)

This archetype has a lot of overlap with the Henchman, but there are some key differences. Henchman are outwardly tougher than Bully Victims, often because their early childhood years or home life were rough. A Bully Victim on the other hand does not have this kind of resilience, weapons, or obvious “excuses”. They often feel intense shame about their predicament.

Bully Victims are often the group those higher up the chain take the most joy from belittling and humiliating. It does not come with the guilt of bullying a Victim, as the Bully Victim is often seen as “having it coming”.

It can be hard not to see the Bully/Victim as the most pathetic specimen of all. Most people have trouble having compassion for them, including the teachers. They get bullied almost constantly, but have this delusion that there might be a way for them to get on the good side of the Ringleader and rise back up the social

ladder. Unfortunately this delusion has them humiliating themselves in various ways for the sadistic entertainment of Ringleaders and co. or by bullying someone else, either another Bully Victim or a Victim (see below). The balance of offender and victim energies will often vary over time, giving them moments of seemingly more power and intense falls from social graces. (Image from here.)

The true Victim has little social power (within the hierarchy) and knows it. They are under few delusions. In your typical school the Victim might come from a minority group or have some kind of obvious physical disability or hardship. Life is hard for the Victim, but on the flip side, their clear-eyed appraisal of their situation means they are likely to form protective bonds with other Victims. With just a little support from teachers (increasingly the case in the modern world), they can be protected, which most schools these days at least have the intention to do. The flip side of a Victim accepting their fate of course can be a willingness to put off the fight when perhaps it was needed, or rely on Helpers (see below) too much for protection.

The Ringleaders are increasingly careful in a modern school yard not to give Victims direct attention as it is riskier (teachers notice more), and besides, the Victim’s acceptance of their situation means they don’t provide much entertainment. Instead it is the social dynamic setup below the Ringleader that does the job for them.

On some occasions and perhaps increasingly so, a canny Ringleader will publicly shame a Henchmen or Bully Victim for bullying a Victim as a means of virtue signalling, and deflect attention away from their own sadistic behaviour.

Victims usually have the most contempt and/or pity for Bully Victims, and fear of Henchmen. Wiser victims do know that the root of their ills are people higher up the ladder, but they often don’t know what do about that. Seeing a Bully Victim or Henchman get punished can quench that thirst and give a sense of justice but leave long term insidious patterns inherent within the hierarchy unaddressed.

The Helpers are the school yard saviours and are an increasingly common archetype. The Helpers make it their mission to defend Victims from Henchman and love to pick on Bully Victims, who due to their relatively privileged background compared to a Henchman, are low hanging fruit for punishment. Bully Victims are susceptible to intense shame, and often clash with Helpers.

A Helper likes to convert Casual Bullies and recruit people they see as Bystanders, and it is usually from the ranks of these groups that they emerge. They might even poke the bear of the Ringleader once in while though not often, as even this can be beyond their fear threshold. Helpers are often blind to the hierarchies within their ranks, and to the ways in which their righteous defense of Victims can be a form of bullying. They are hard on themselves inside, which is of course one of their main motivations for doing what they do. (Image from here.)

Very similar to a Victim, but not as visible. Their predicament often goes unnoticed by everyone, and manifests more as isolation and invisibling.

I spent most of my early high-school years between the age of 12 and 15 primarily as a Bully Victim. I have learnt a lot about my internal world by reflecting on the fact that I can so clearly recall the times when I bullied people, whereas much of the time I spent on the receiving end disappears into a minimising morass. This tells me that I have tended to bully myself inside, terribly, and thus take some of this out on others, but also accept my being bullied as somehow being what I deserve. The more I bullied others, the more I felt “deserving” of punishment, which reinforced my internal bullying, and round and round it went/goes. What I did have was a natural inclination to look holistically at things, which has been both a blessing and an incredible burden in my life. And whilst it did lead to my Ringleaders-in-Chief getting a few literal black eyes, I always received a lot of attention. I was never quiet, whether bullying or being bullied.

Many research papers over the years have sought to understand the impact of school yard bullying on mental health. Some more recent ones showed clearly that compared with people who are more purely offenders and victims, the Bully Victim has the highest correlation with depression, anxiety and ADHD[1] (me on all counts), as well as suicidal ideation[2]. Bullies (Ringleaders, Casual Bullies and Henchmen) and victims also had poorer mental health than people considered “not involved”, but not as bad a Bully Victims. Bystanders, or witnesses to bullying also fared worse than those who supposedly had not witnessed anything, showing that even peripheral exposure to violence can be traumatizing. It also shows me again the extent to which the Helper persona is a self—protection mechanism as much as it is something that comes from deep inner power and benevolence.

The conclusion of the papers was of course for anti-bullying efforts to ensure they give attention to the wellbeing of bullies as well as victims.  When it comes to compassion for “offenders”, this is part of a trend where society seems to be starting with the low hanging fruit of children even if we can’t yet manage it for adults. 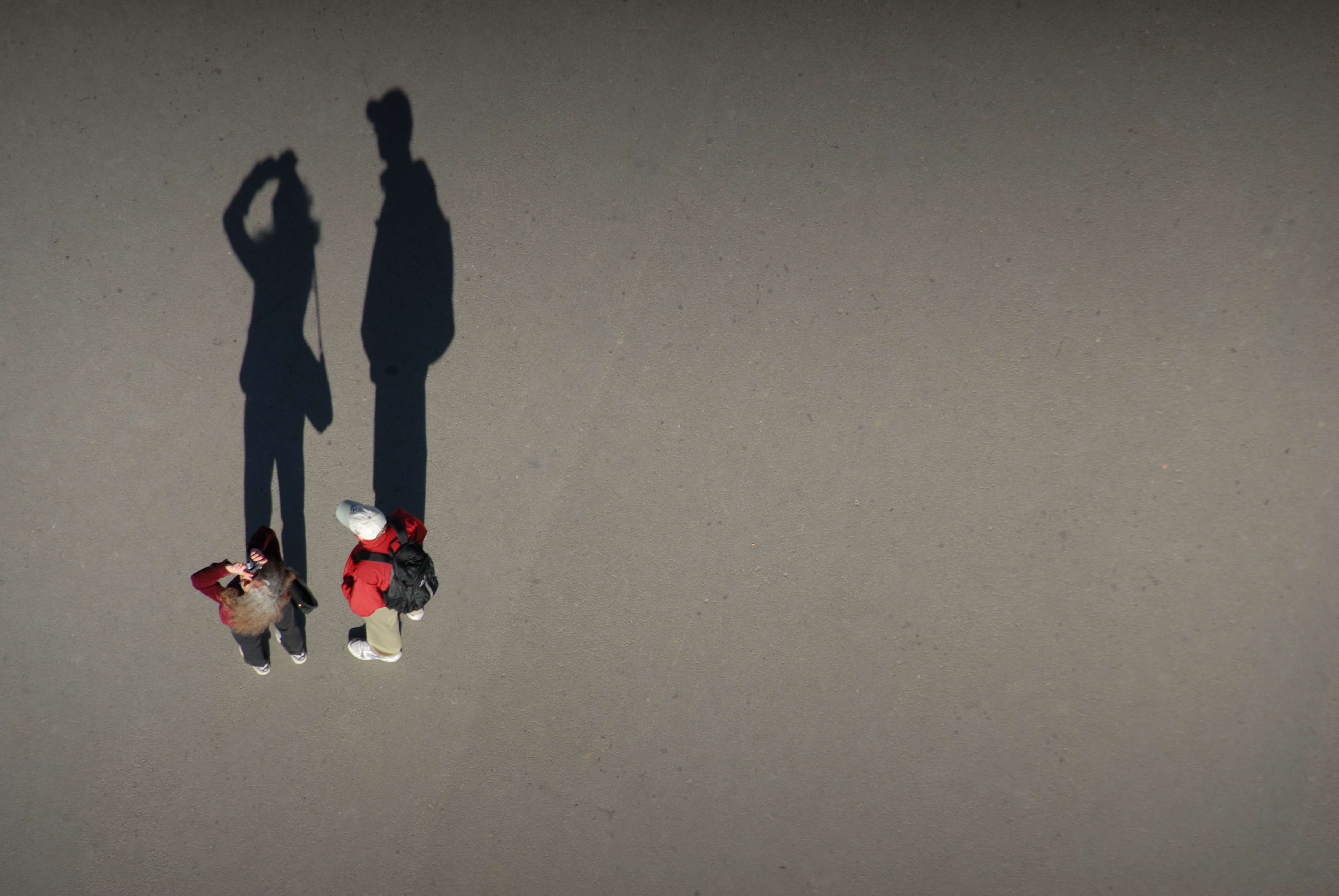 In closing, I have found it really enlightening, and indeed fun to apply these archetypes to the various groups and social strata in society, particularly a modern Western colonial one. It is critical to remember that people can embody more than one of these different archetypes as well as the substrate energies (victim, offender bystander) both internally and externally, both visibly and invisibly. (Image from here.)