Knowing that you love the earth changes you, activates you to defend and protect and celebrate. But when you feel that the earth loves you in return, that feeling transforms the relationship from a one-way street into a sacred bond.–Robin Wall Kimmerer

Indigenous writers describe colonialism as “a violation of the psychological womb” and  “a great rupture with the Mother [Earth]” (Cervantes & McNeill, 2008). Colonialism has spiritual roots in our ideas about the meaning of life, our nature and place in the world. In Judeo-Christian culture the Earth is often seen less as our home, and more as a place to endure. An Earth Ethos sees the Earth as the source of life from which resources are continually re-cycled around, not a temporary playground for us to use for a period of time. The Earth’s health is reflective of our human health. In Australian aboriginal languages, “land” means “everlasting spirit” or “source of life” (Atkinson, 2002).  To say “I’m going for a walk in nature” shows our modern Western alienation with the Earth and the place where we live. Cities are highly cultivated environments, and a forest is wilderness, but both are aspects of nature–we cannot escape nature except in our own trickster minds!

You know how when you walk into a room, and you can feel that people were just arguing in there? You feel some funny energy in the space. Similarly, places carry trauma and violent energy that reflect into our bodies and psyches, though we are not as conscious of this. We may not be aware that 100 years ago there was a massacre on land where a school is today, and we may wonder why that school has such problems, when a school a few blocks away does not. This is why art and ceremony on land of traditional cultural significance are vital to healing. “The land under each tribe’s feet is the [spiritual] source of its culture,” and is we are responsible for giving back to the Earthfrom which we came (Kimmerer, 2016). An aboriginal elder recently taught me that the night sky and the Earth in that place are exact mirrors of each other, and to live intimately with a particular place on Earth, we learn from our ancestors in the sky.

Research on trees planted for commercial gain that are of the same species and lack connection with a network of older trees has found that they do not communicate well, and that they compete with each other more and suffer more ill health than when they grow wild in forests (Wohlleben, 2016). In cities full of commercial culture we often similarly experience spiritual lack. We spend a lot of time in rooms and vehicles shaped like rectangles, struggling to feel deeply connected with and nourished by our manufactured environments. We seek distraction (literally un-grounding, a loss of traction) and use substances such as alcohol, caffeine and marijuana that numb uncomfortable feelings or stifle unwanted thoughts in our minds.

According to indigenous thinking, colonisers previously experienced a trauma of disconnection from intimate, reciprocal relationships with their land of origin, and conquering and privatising land is a re-enactment of this trauma (Smith, 2005). Some indigenous cultures describe a psycho-spiritual virus as the root of this trauma. TheAnishinaabe in Canada describe Windingo as a hungry, destructive force that is never satisfied and even eats its own kind (Kimmerer, 2016). The Ojibway refer to Wetiko, “a cannibalistic spirit who embodies greed and excess…an autoimmune disease of the psyche… [in which] the immune system of the organism perversely attacks the very life it is trying to protect” (Levy, 2014). The Zar spiritual disease in northern Africa is described similarly (Monteiro & Wall, 2011). In indigenous Asian cultures, a poison in the mind makes us forget who we are, manifesting as anger, desire and ignorance (Kakar, 1982).

The understanding expressed across the world by such stories is that we humans naturally carry some destructive energy. It is part of nature to create and destroy. Just look at a volcano: it both births new land and destroys existing land. When we regularly purify ourselves, this natural destructive, cannibalistic energy does not grow out of control. But when this destructive energy grows too large, it penetrates our spiritual beliefs. Then we forget who we are, feel disconnected from ourselves, each other and the Earth, and engage in destructive behaviours. I have read an indigenous elder describe that when colonialists first arrived in his ancestor’s community, the amount of such a psycho-spiritual virus that those few men were carrying completely overwhelmed the entire community. We may frame this destructive energy as diseases such as smallpox and syphilis, or behaviours such as raping and pillaging, but the spiritual root of these is considered that destructive, cannibalistic energy. 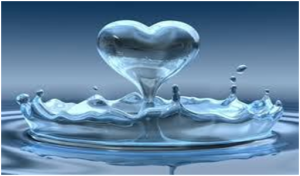 Psycho-spiritual purification exercise: Reflect on a relationship where you are trying to make another person see your point of view, or trying to control their behaviour and tell them what to do. What is stopping you from living your own life, and letting them be who they are? What are you avoiding or denying in your life by focusing on them, or on controlling your environment? What do you need to be more nourished right now?